AZTECS – The People Behind the Myth

International exhibition opens in the Netherlands after Stuttgart and Vienna!

Life-sized warriors carved from stone, mythical human-animal figures, intricate gold jewellery, and a full-size 3D print of the sun stone: all this and more will be on display in Museum Volkenkunde’s Aztecs, the first exhibition about the Aztecs ever to be staged in the Netherlands. This year it is 500th years since the Aztec Empire fell to Spanish colonialists. This in fact made the Dutch and the Aztecs fellow countrymen, for at that time both served the Spanish king. Aztecs is an exhibition full of unique collection highlights that have never previously left Mexico, which dissects the myths surrounding this empire that was once believed to have been lost. A must-see for the whole family.

Featuring some amazing collection highlights, the exhibition reveals the daily life of the Aztecs and their sophisticated culture. Yet the Spanish painted the Aztecs as a bloodthirsty people, in order to justify their own cruel practices. A great deal of the Aztecs’ culture was therefore destroyed during the Spanish occupation. But excavations in Mexico City reveal new information on an almost daily basis. The latest archaeological information and the stories of the Aztecs’ descendants have enabled us to decipher the myths and show what life was like for the ancient Aztecs.

Prize-winning concept and 174 other highlights

The exhibition begins with a huge 3D print of the Aztec sun stone which explains the Aztecs’ beliefs about the origins of humans and their relationship with the gods using videomapping and audiovisual effects. In 2020 the Sun Stone Theatre won the Heritage in Motion Award for the best museum multimedia installation in Europe.  From that point the exhibition guides the visitor through a display of in total 175 unique highlights, ranging from a gold heart measuring five centimetres, to a stone eagle that weighs 800 kilos. Some of these objects have never before left Mexico, while others are now on display to the public for the first time ever. The golden earrings of the goddess Coyolxauhqui were for example excavated just a few years ago. They show the great skill of the craftsmen, as does a bird’s head decorated with turquoise and shell which, though it has been in Europe for almost 500 years, is now to be shown outside Germany for the first time.

Tomato and avocado: Aztecs in the kitchen

A less well-known fact is that Aztec customs still feature in daily life today. Over 1.5 million people still speak Nahuatl, the language of the Aztecs, and aspects of their culture are reflected in food, language, religion and music all over the world. Words like chocolate, avocado and tomato come directly from Nahuatl, and it was through exchange with the Aztecs that rubber first came to Europe. Aztecs will also show how this shared history still affects the food we eat, from maize to chilli and today’s superfoods.

This exhibition for the whole family will of course include a special kids’ trail. They will be give a special chain with an Aztec symbol which they can decipher by hunting for the special clues in the exhibition, with the help of the feathered serpent Coatl. There is also a workshop where kids can do arithmetic and draw just like the Aztecs did.

Aztecs – The People Behind the Myth is sponsored by Bank Giro Loterij, the Blockbuster Fund and the Turing Foundation.

Note for editors, not for publication

AZTECS – The People Behind the Myth, opening on 4 June, is an exhibition for the whole family. For more information or to request an interview, contact Coromandel Brombacher of our press office at  pers@volkenkunde.nl or tel. +31 (0)6 5315 2835.

Images can be downloaded from the press page of www.volkenkunde.nl. 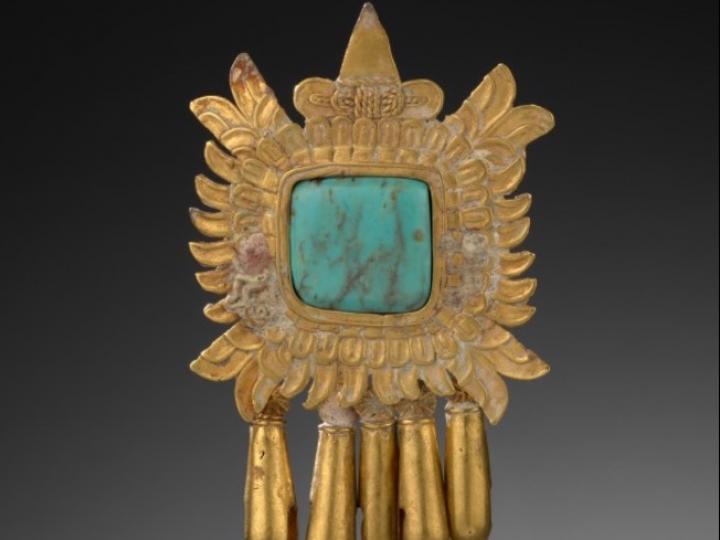 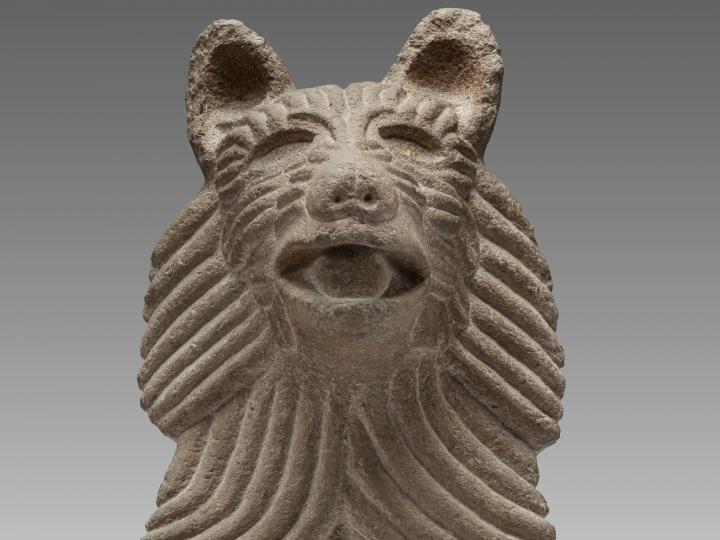 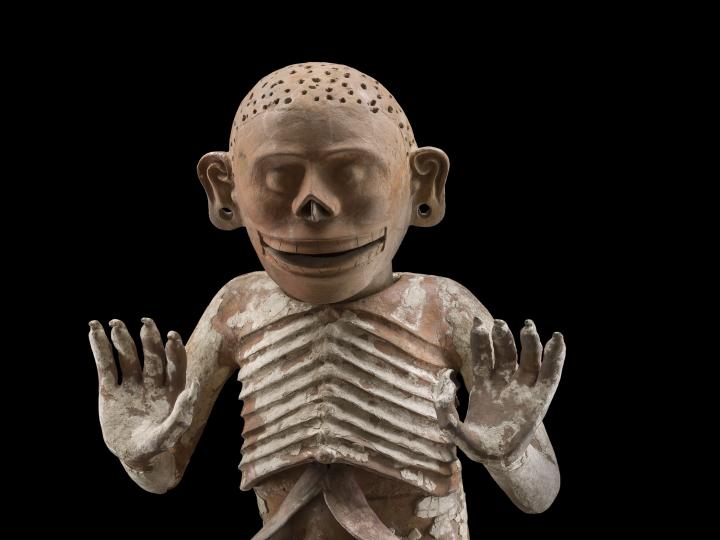 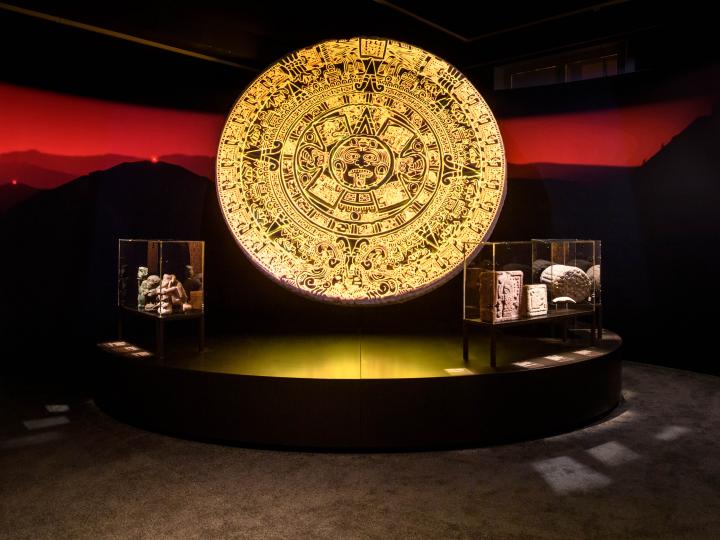 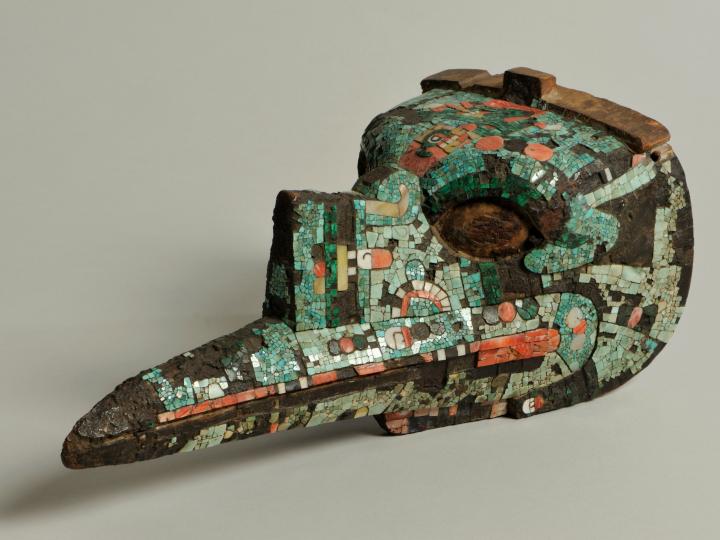 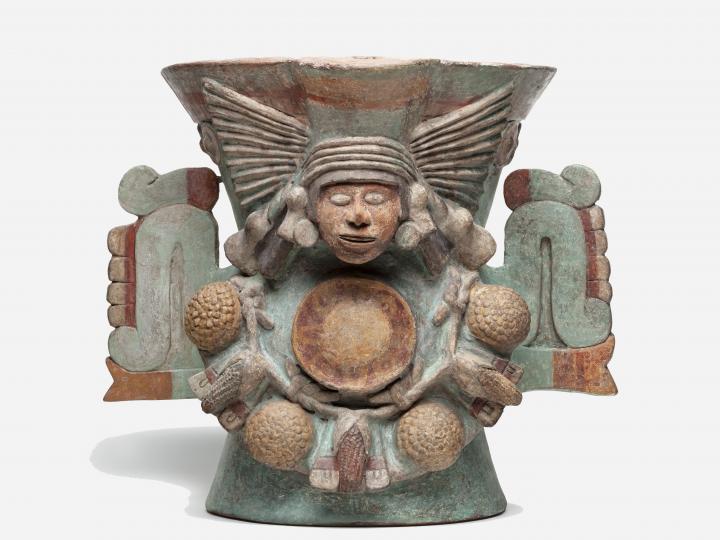 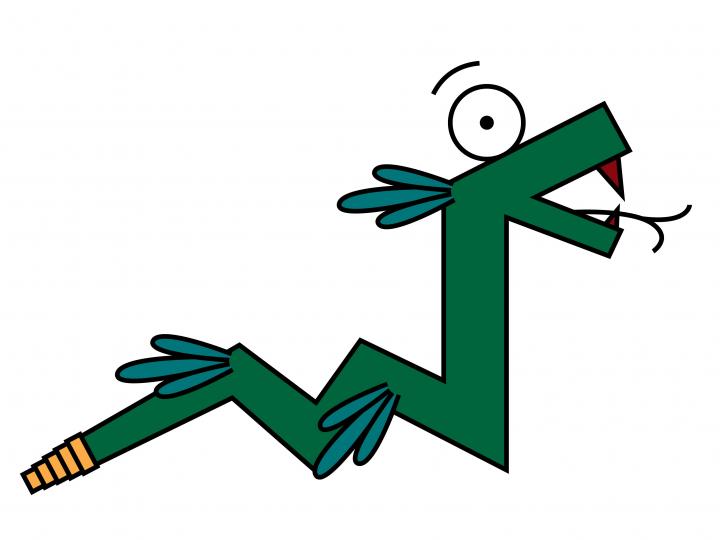 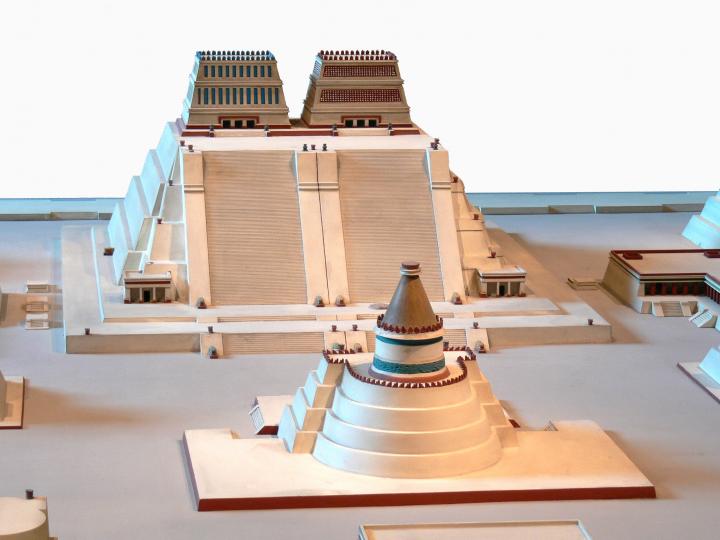 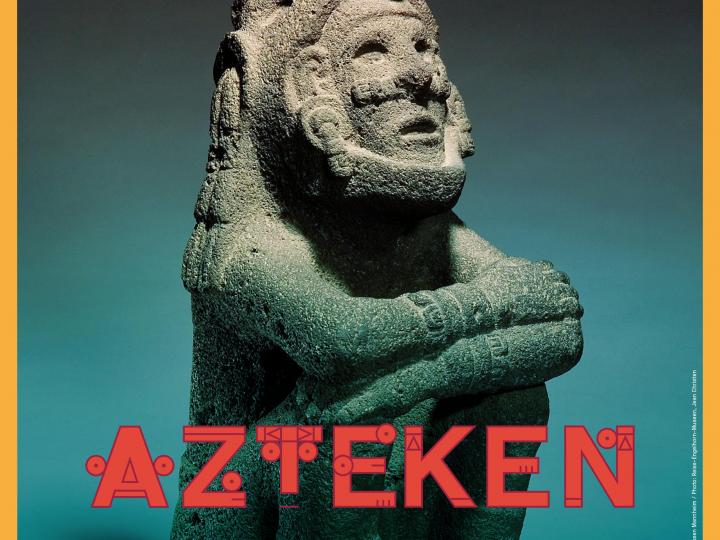 The museum is open from 10 am to 5 pm from Tuesday to Sunday.
During national school holidays we are also open on Monday