The folding screen has been unveiled today by Hiroshi Inomata, the Ambassador of Japan and Henri Lenferink, the Mayor of Leiden.

A unique and previously unknown masterpiece by Japanese painter Kawahara Keiga (c.1786-c.1860) was recently discovered, and acquired by the National Museum of World Cultures. Curators found the historically important screen in a private collection. The image on the screen shows Nagasaki Bay and the Dutch trading post on the island of Deshima around 1836. It is a key piece that ties the entire Japan collection of the museum together. Before being fully restored, the screen will be on display to the public at Museum Volkenkunde for just over two weeks, from Thursday 5 July until Sunday 22 July 2018.

This is the largest acquisition the National Museum of World Cultures has made in recent years. The screen was purchased with financial assistance from the Rembrandt Association, the Mondriaan Fund, VSBfonds, BankGiro Loterij and the Friends of Museum Volkenkunde.

Museum director Stijn Schoonderwoerd: ‘This is an entirely unique piece within Keiga’s oeuvre, and the only screen he is known to have produced. It depicts the unique historical relations between Japan and the Netherlands in spectacular fashion. We therefore feel it is very important that it be added to the Dutch national collection.’

The screen will be the centrepiece of the Japan collection, and specifically the Keiga collection which, at over 500 objects, is the largest in the world. After it is fully restored it will take pride of place at Museum Volkenkunde.

‘View of Deshima in Nagasaki Bay’ is painted on silk, from a bird’s-eye perspective. The screen, which dates from around 1836, consists of eight panels and is 171 cm tall and 470 cm wide. At the time of its production the Dutch were the only Europeans permitted to trade with Japan, from their base on the artificial island of Deshima. The Dutch ship Marij en Hillegonda, which features prominently in the painting, sailed to Japan just once, in 1836. The screen was most likely commissioned by a wealthy resident of Deshima. The Chinese trading post, including two junks at anchor, is also depicted in great detail. The work is signed ‘Keiga’ in Japanese characters, with a red seal with his common name ‘Tojosky’ in Latin script.

Because of the great detail in his work, Kawahara Keiga is also known as the ‘photographer without a camera’. His rich oeuvre captures the natural environment and culture of Japan in colourful images, most of which were commissioned by collectors like Dr. Philipp Franz von Siebold (1796-1866). Keiga had the exceptional privilege of being able to enter Deshima freely, which enabled him to create a visual record of Japanese-Dutch relations. It also gave him access to European painting techniques such as perspective painting, which he masterfully applied in this screen.

The screen was acquired with the financial assistance of the Rembrandt Association, the Mondriaan Fund, VSBfonds, BankGiro Loterij and the Friends of Museum Volkenkunde. 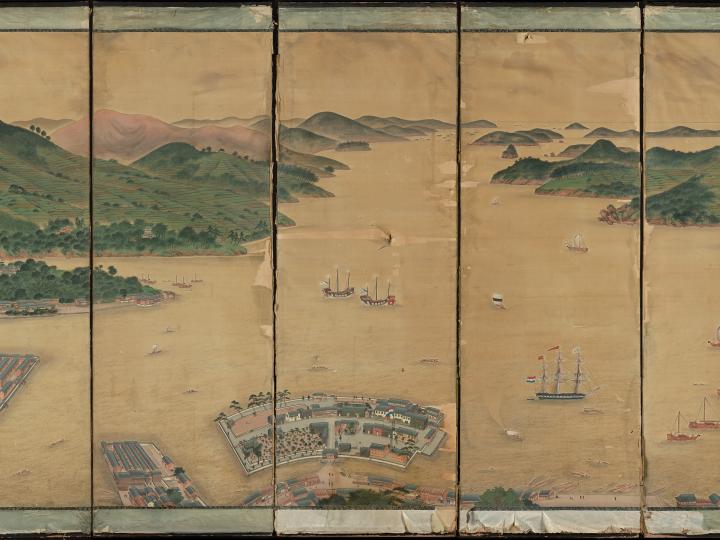 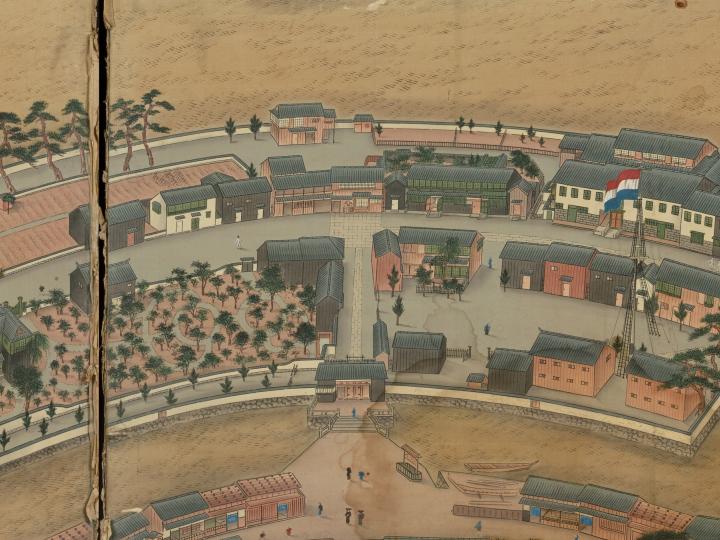 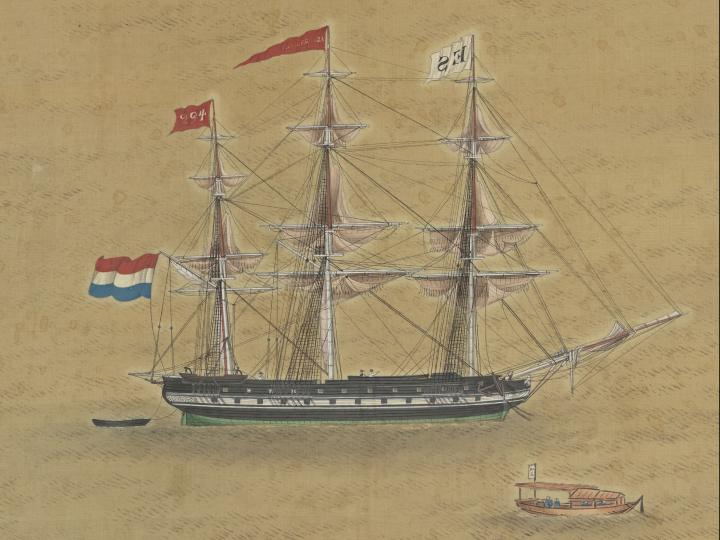 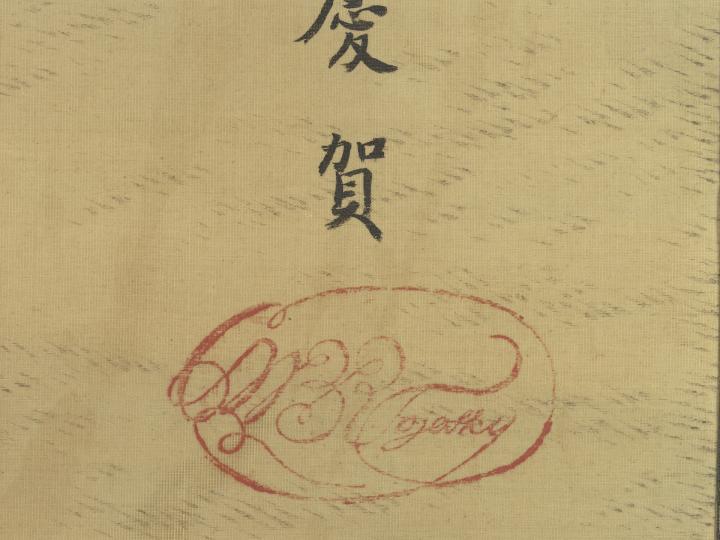 The museum is open from 10 am to 5 pm from Tuesday to Sunday.
Opening hours and admission